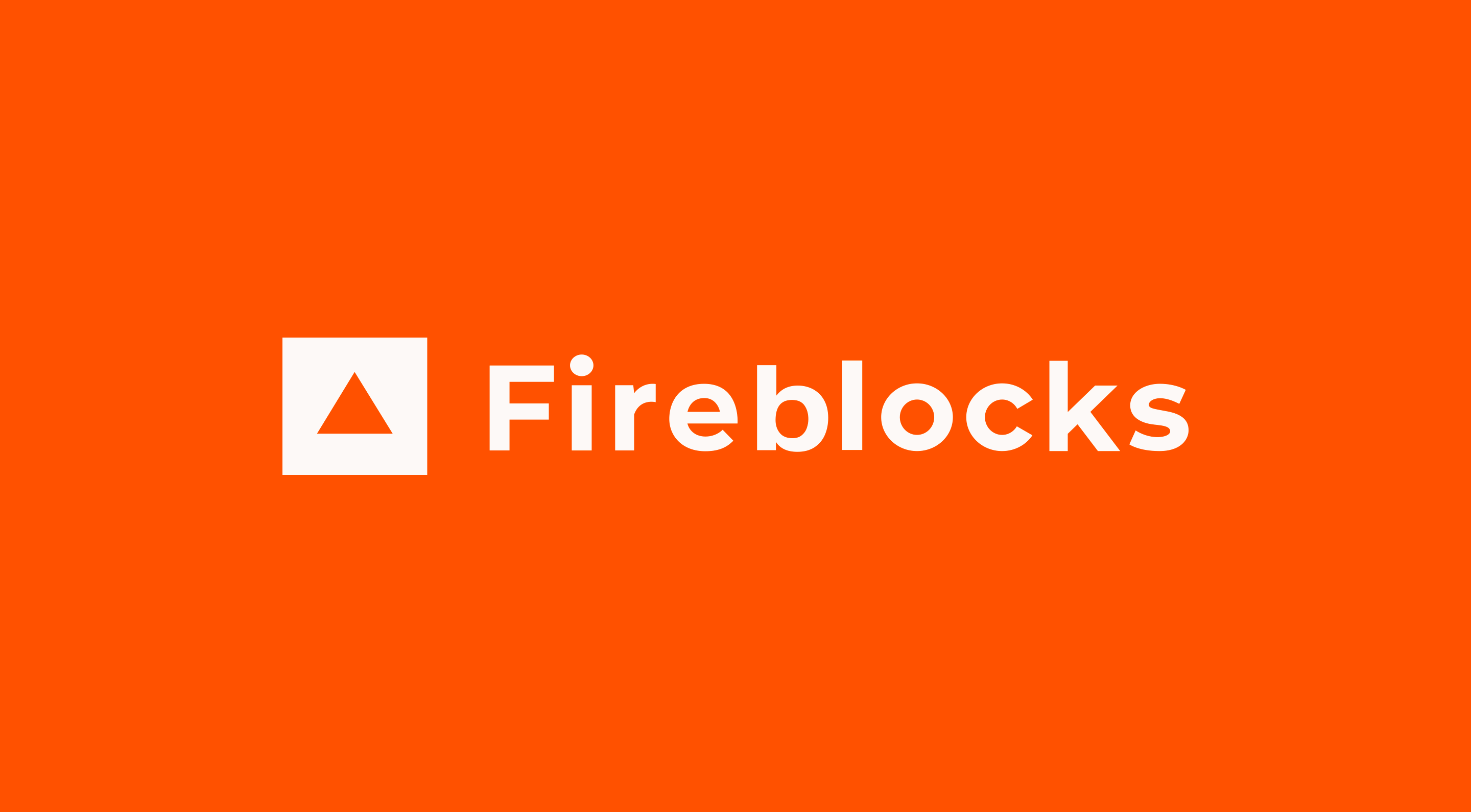 NEW YORK and ZÜRICH, Sept. 14, 2021 /PRNewswire/ — Fireblocks , announced today it will be dedicating significant resources toward expanding its presence and growth in the DACH market with the opening of a new office headquartered in Switzerland. Over the last six months, Fireblocks has doubled the size of its European team to support the increasing number of institutional customers in the region with close to 200 customers in the DACH market.

To support Fireblocks’ customer-base in the region, the company has appointed Richard Astle and Ana Santillan as co-Heads of Switzerland. Richard brings extensive knowledge of the Swiss financial services industry from top tier banks where he participated in launching Swiss Crypto Vault, and was a founding member of the Bitcoin Suisse Institutional Services and Products Division. Ana’s background is in debt capital markets, having established Morgan Stanley’s Swiss fixed income institutional service team. She held senior positions in Goldman Sachs and Credit Suisse wealth management before transitioning to digital assets. With over a decade of financial experience, Richard and Ana have been advising hedge funds, banks, and corporate clients implementing trading and custody of digital assets.

“It is important for us to work with Switzerland-based companies because of the value they bring to the financial market, having established themselves as one of the world’s leading financial centers,” said Michael Shaulov, CEO of Fireblocks. “Now these financial institutions are seeking to rapidly deploy digital asset custody, trading, and tokenization products and are turning to vetted technologies to help them remain at the forefront of this space and securely tap into the global crypto-ecosystem.”

After onboarding over 500 financial institutions and growing it’s custody technology to support $1 trillion in digital assets, Fireblocks is solidifying its investment and focus in Switzerland, one of the most diverse, and fastest growing financial hubs in the world. Further expansion in the DACH region is fueled by an increase in demand from financial institutions worldwide to transition from traditional HSMs to an infrastructure that utilizes MPC and SGX confidential computing. Last year, Fireblocks’ R&D team developed MPC-CMP, a new breakthrough MPC algorithm, released as an open source contribution to the digital asset industry in order to bolster digital asset security and transaction signing speeds. Today, Switzerland-native institutions have been the first to implement MPC-CMP, remaining at the forefront of digital asset innovation and adoption in Europe.

“Fireblocks was the first solution to bring confidential cloud computing and MPC technology into the digital asset space and we are glad to see this approach is being adopted among major financial institutions” said Andy Flury, Founder and CEO at AlgoTrader. “With Fireblocks now firmly entering the Swiss market and seamlessly integrating with our WIRESWARM solutions to provide a single, end-to-end experience from trading to settlement and custody, we look forward to our customers and any financial institutions being able to access the proven Fireblocks custody and settlement technology platform for their growing digital asset businesses.”

In its effort to support the growth of digital assets in Switzerland, Fireblocks recently joined as a member of The Crypto Valley Association, an independent, government-supported association established to take full advantage of Switzerland’s strengths to build the world’s leading blockchain and cryptographic technologies ecosystem along with Bitcoin Suisse, Accenture, Ledger, Okex, PWC, Kraken among other leaders in the blockchain space.

“As an early backer of Fireblocks, we strongly believe the banks and institutions in the Swiss region are primed for onboarding its solutions as new products and services are gearing up to come to market,” said Stefan Kuentz, Investment Partner at Swisscom Ventures. “Not only will Fireblocks enable Swiss-based banks and institutions an easy way to launch or expand their digital asset businesses, but will also serve as a straight path to plug into the global digital asset market and liquidity.”

Switzerland is significant to the growth and development and adoption of digital assets because it was one of the first financial sectors to welcome cryptocurrency and decentralized finance with a full set of regulations governing the industry. The region is home to over 960 blockchain/cryptocurrency companies, which include 11 unicorns and employ over 5,000 people. In February, Switzerland ushered a tokenized Securities Law that backs the country to have one of the most advanced jurisdictions in the world for crypto.

Fireblocks has grown to support some of the largest global banks such as Siam Commercial Bank, SVB, and Bank of New York Mellon (BNY), as well as many institutions based in the EU region like Revolut, Algotrader, GSR Markets, Woorton, Enigma Securities and Scrypt Asset Management powering the custody, transfer and issuance of digital assets.

About Fireblocks
Fireblocks is a leading enterprise-grade platform delivering a secure infrastructure for moving, storing, and issuing digital assets. Fireblocks enables banks, fintechs, exchanges, liquidity providers, OTCs and hedge funds to securely manage digital assets across a wide range of products and services. The technology consists of the Fireblocks Network and MPC-based Wallet Infrastructure. Fireblocks serves over 500 financial institutions and has secured over $1 trillion in digital assets. Fireblocks has a unique insurance policy that covers assets in storage & transit and offers 24/7 global support. For more information, please visit www.fireblocks.com.