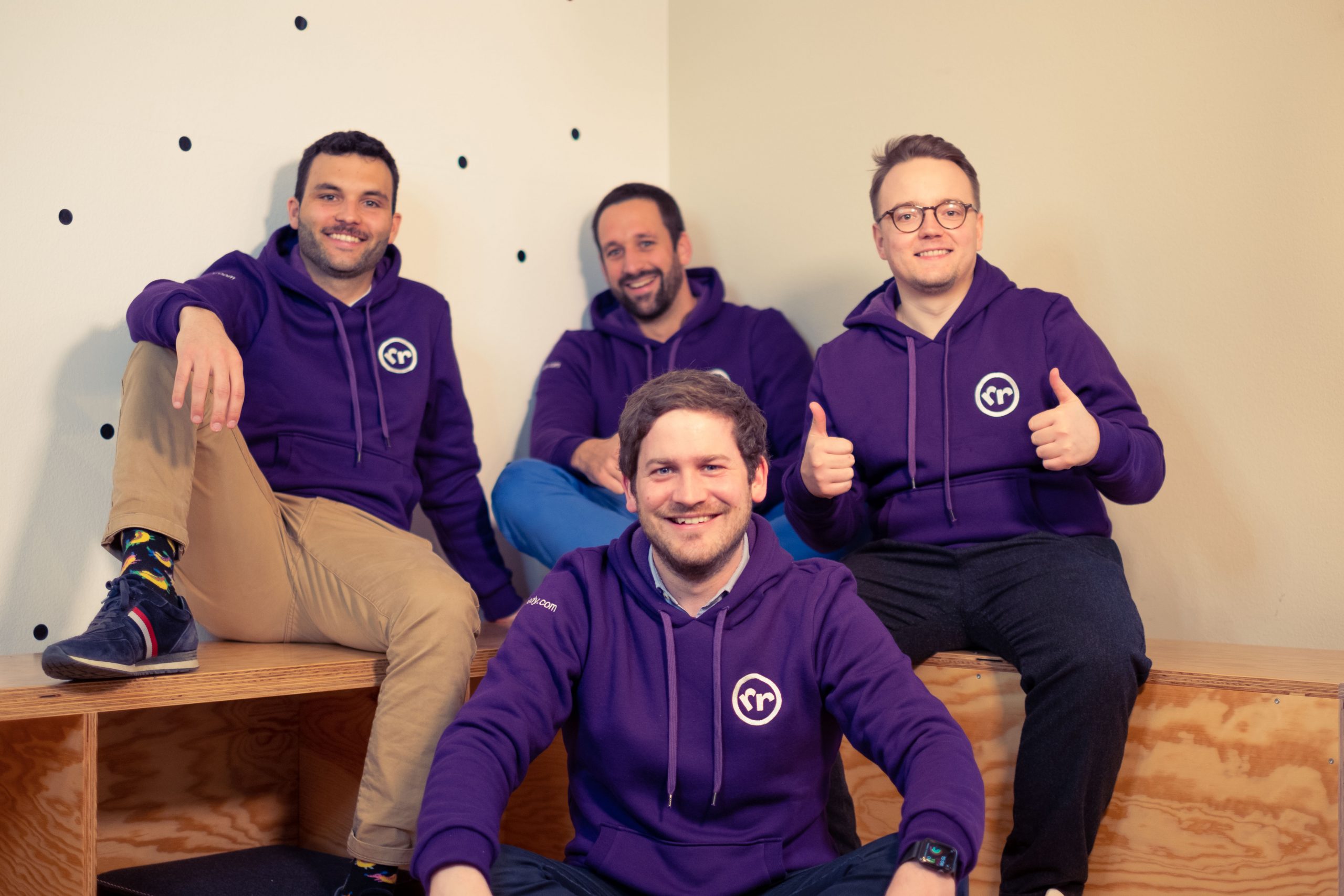 A team at Swisscom has developed the online solution GETKICKBOX from Adobe’s well-known Kickbox innovation methodology. The solution is already being used in many companies worldwide. The GETKICKBOX team is now founding its own start-up, rready AG, with an international syndicate of investors, led by Californian venture capitalists FYRFLY Venture Partners, also involved alongside the founding team. Their shared goal is to use software products to foster the innovative strength of employees, structure innovation processes, and thereby tap into a company’s greatest capital.

“Help2Type”, which enables people with sight impairments to feel keys on a touchscreen, is just one of over 700 employee ideas that have been developed and implemented at Switzerland’s leading telecoms company Swisscom in the last few years thanks to the “Kickbox” innovation method. Kickbox was created by Adobe’s former Chief strategist Mark Randall and has been further developed by Swisscom with the innovation software GETKICKBOX. This offers all employees a low-threshold access to the in-house innovation process, which the software makes structured and transparent. Whether it’s a sudden brainwave or a sophisticated, well-thought-out innovation – everything can be fed in directly.

This idea is now going worldwide: the newly founded start-up “rready” is set to emerge from “GETKICKBOX” within Swisscom’s Digital Business Unit at the beginning of May. Silicon Valley entrepreneur Mark Randall, inventor of the Kickbox method and former Chief Strategist and VP of Creativity at Adobe, is actively involved as a mentor. “I am impressed how the team has further developed the Kickbox method and turned it into an innovation product used by multinational organizations around the globe.”

After all, this idea has already been proven to work, and not just at Swisscom. Three years ago, the present-day founders of rready, Dave Hengartner, Reto Wenger, Ralph Hartmeier and Vinzenz Leuenberger, joined forces with Swisscom to launch “GETKICKBOX” onto the market. A great success, the software-supported solution is now used by companies like Siemens Energy, Post Luxembourg, Implenia, LGT and Baloise. “The Kickbox SaaS turned innovation from a fuzzy buzzword into a visible process everyone in our company could see and take part in,” explains Tibha Patel, of Digital Business Incubation at Siemens Energy.

Siemens Energy rolled out the program worldwide. At LGT over 50 ideas were submitted within a few weeks and Implenia, Switzerland’s leading construction and real estate service provider, used the program to support several dozen intrapreneurs digitally and across different locations. The rready founders have thus demonstrated how they are able to use GETKICKBOX to promote innovation in the most diverse sectors ranging from industry and finance to tourism. The idea is now being given the conditions it needs to expand further both nationally and internationally within an independent construct.

The potential for this is huge, but, rready also supports cross-company collaboration. For example, Swiss national railway company SBB, Switzerland Tourism and Swiss Travel System worked together to find sustainable business ideas, supported by the GETKICKBOX software. “GETKICKBOX enabled us to collaborate with SBB to launch an innovation campaign with several companies on the subject of sustainability,” says Sandra Babey, Market Manager Spain & Portugal at Switzerland Tourism.

rready is also well-placed financially. The financing round led by FYRFLY Venture Partners, based in California and Switzerland, involved the two institutional investors Equity Pitcher and Verve Ventures, as well as the entrepreneurs and business angels Felix R. Ehrat, Bernd Schopp, Jürg Stucker and Roland Schönholzer, who all have many years of management experience in executive positions in various business fields. Swisscom remains involved in GETKICKBOX as a minority shareholder and manages the participation via Swisscom Ventures. FYRFLY Venture Partners’ founder Philipp Stauffer is convinced of the company’s international potential: “I see great potential in the digitisation and automation of innovation processes. And not just within companies, but also in partnerships comprising several organisations, for which rready supplies an easy-to-use, motivational platform for the global market, which delivers measurable results.”

Ready for the future of innovation management

The rready team rounds off its exploratory Kickbox approach with a software platform, with which innovation processes can be scaled easily and efficiently. “Our experience shows that employees are a company’s greatest capital. rready therefore offers software solutions for promoting innovation by employees. Over the next few years we want to become category leaders in corporate innovation and establish networks between global companies and innovation projects,” says David Hengartner, CEO rready AG.